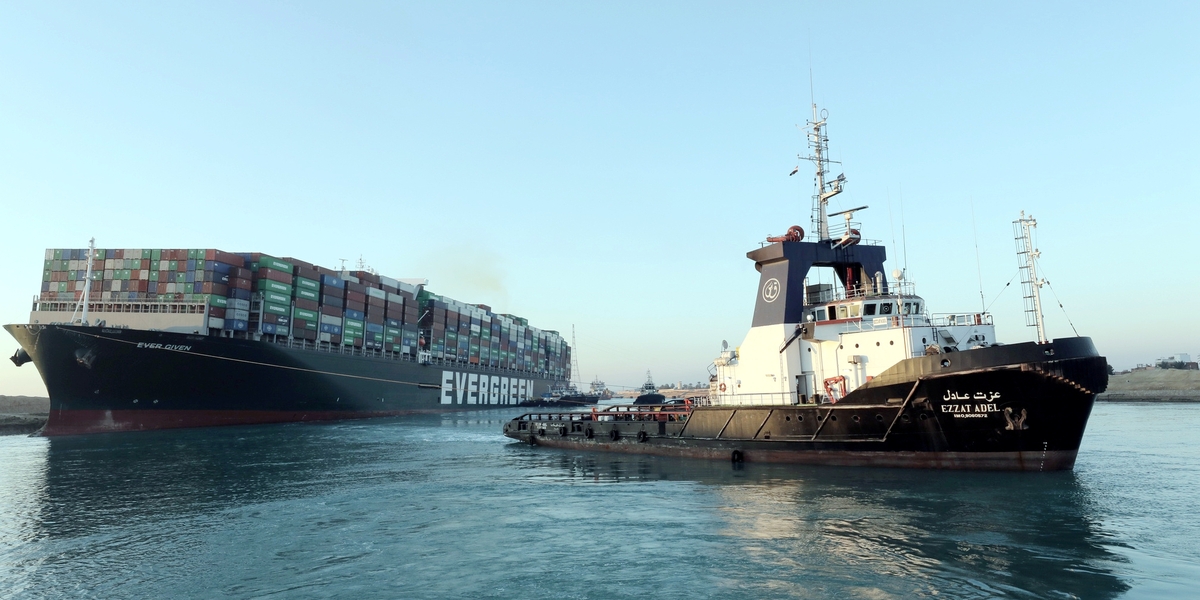 The Ever Given, one of the world's largest container ships, is partially refloated in Egypt's Suez Canal on Monday. The vessel ran aground on March 23 and virtually blocked the vital channel for east-west cargo. Meanwhile, inquiries about the China-Europe freight train service have increased sharply. [Photo/Agencies]

Although the giant container ship blocking the Suez Canal in Egypt was partially refloated on Monday (by 7 pm Beijing time), normalcy in shipping services might be possible only in about two to four weeks, experts said on Monday.

Businesses affected by the blockage are exploring alternatives like the China-Europe freight train to move their cargoes, they said.

The 400-meter Panamanian-registered container ship, the Ever Given, ran aground last Tuesday, 115 kilometers north of the south entrance of the Suez Canal, and virtually blocked the vital crossroad for East-West cargo, which accounts for about 10 percent of the global seaborne trade.

The Suez Canal Authority said that the container ship has been partially refloated, but it may take another two weeks to one month before the busy waterway returns to normalcy, said Lin Guolong, director of the Logistics Research Center at Shanghai Maritime University.

As regular shipping via the human-made waterway is currently not possible, the Sino-European freight train has become an ideal option for goods transport. 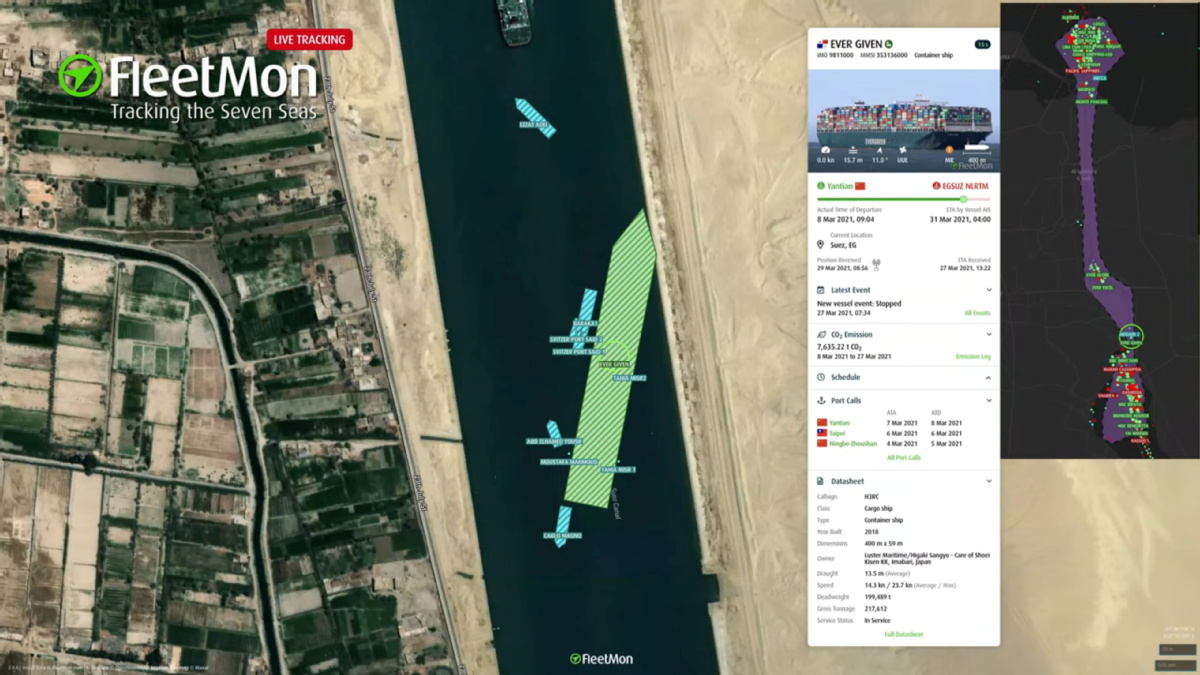 The efforts to refloat the container ship are seen in this screen grab from a live tracking stream on Monday. [Photo/Agencies]

"The incident is also a lesson for Chinese companies to diversify their logistics solutions. Too much of reliance on a single transport corridor is not advisable, as incidents like this prove," said Qi Qi, an associate professor at Guangzhou Civil Aviation College.

"In the past few days, daily inquires about the China-Europe freight train have nearly tripled. Apparently, the inquiries reflect rising concerns about shipping uncertainties via the canal," said Zhou Shihao, founder and CEO of YQNLink, a Shanghai-based global intelligent logistics platform.

"Last week, orders placed (to us) on the China-Europe freight train surged between 30 percent and 40 percent from the previous week, and in order to secure enough storage space, our clients had to make reservations 20 days in advance," said Kong Weidong, executive vice-president of railway business unit with T. H. I Group (Shanghai) Ltd, a freight forwarder.

To further accelerate the shipping efficiency of the China-Europe freight train service, the Urumqi Customs authority has already cut the trains' release time from 3.5 hours to half-an-hour at land ports in the Xinjiang Uygur autonomous region by using a new paperless system. As a result, the efficiency of the train traffic has been significantly raised, said Wang Jun, director-general of the Department of Port Control at the General Administration of Customs.

Due to limited capacity, the freight train between China and Europe may be the ideal option only for some high value-added products with urgent delivery requirements, said experts.

Last year, the freight trains made 12,400 journeys and transported 1.14 million twenty-foot equivalent unit of cargo, up by 50 percent and 56 percent on a yearly basis, according to a report in Xinhuanet.

"This amount, however, is dwarfed by maritime transportation, which accounted for more than 75 percent of global shipping," said Lin.

Maersk, the shipping and logistics business of A. P. Moller-Maersk Group, redirected 15 vessels by Sunday where the company deemed the delay of sailing around the Cape of Good Hope at the southern tip of Africa equal to the current delay of sailing to Suez and queuing.

By the end of last week, 32 Maersk and partner vessels have been directly affected by the blockage and the number of redirected vessels will be 15 which is expected to rise while the salvage assessment is being made, according to the Danish company.